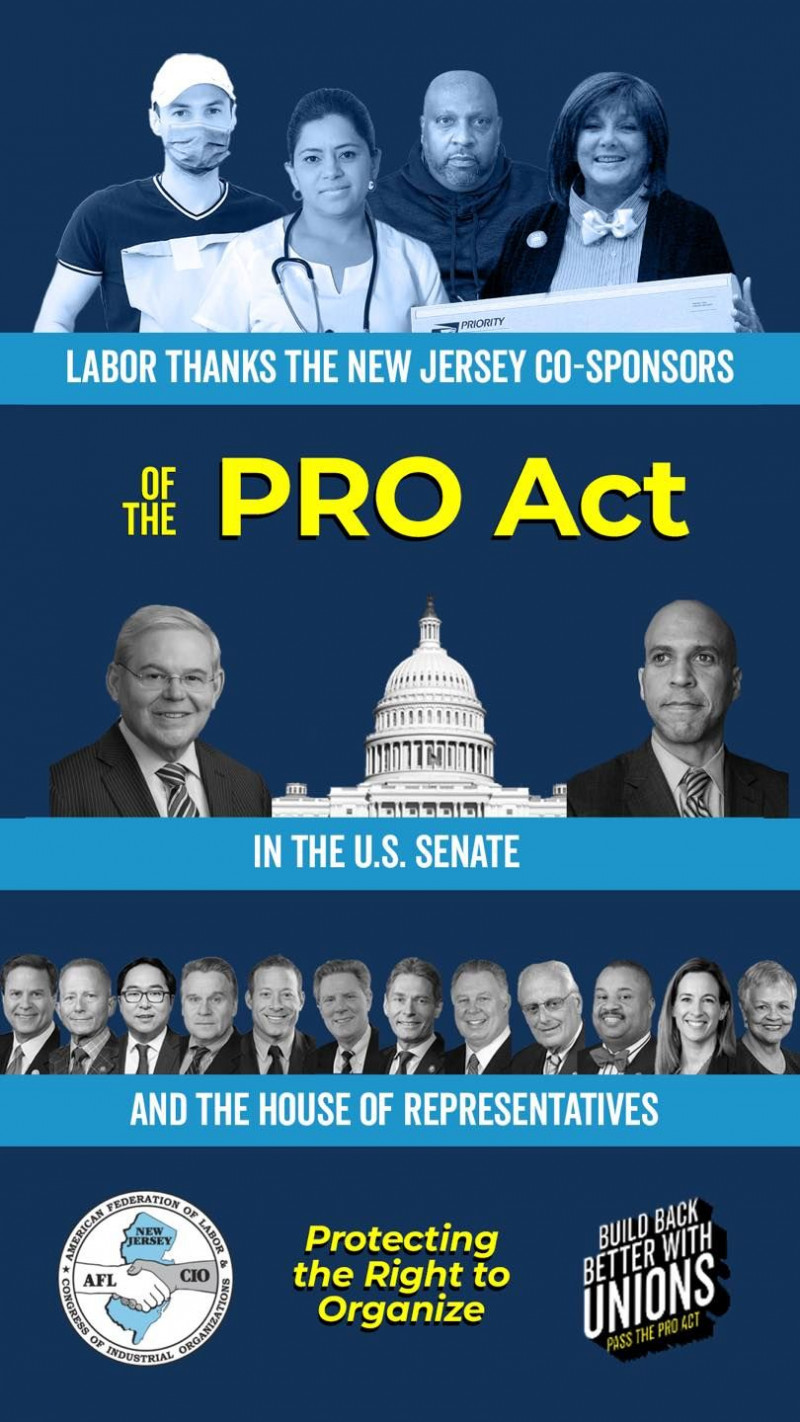 The Protecting the Right to Organize Act (PRO Act)

The PFANJ thanks our elected officials who supported the PRO Act! New Jersey’s delegation in Congress – our two senators and 12 House members – co-sponsored the Protecting the Right to Organize Act, including two of the only three Republicans in the House of Representatives to do so.

The PFANJ supports political candidates who support public safety and protect our right to organize. The PFANJ thanks New Jersey's entire bi-partisan Congressional delegation for the continued support: